Still waiting (plus some random stuff)

We're still waiting for a surgery date.  They said they would contact us in December, but it feels like FOREVER since we were at the hospital in October and I JUST WANT THE DATE ALREADY!

It's frustrating waiting for this surgery to happen.  Ben hasn't had any spasticity intervention (i.e. botox or casting) since June and he is CRAZY tight.  We continue to work on getting his quads as strong as possible before surgery, but otherwise aren't seeing any real progress at this point.  He walks very well with his quad canes but it isn't functional as he's quite slow and his endurance is pretty much non-existent.

We're also trying to come up with some sort of visitation schedule...which is hard to do without an actual surgery date.  It's such a blessing that so many people want to come and visit and help us out during Ben's surgery and rehab.  It's wonderful.  I'm beginning to wonder if I may actually complain that we've had too many visitors!

We are gearing up for Christmas here at our house.  We're hosting the office Christmas Party this year at our house so that just gives me even more excuses to decorate like mad.  The boys are super excited about Christmas and Santa and presents.  And pretty much ask me every day is Santa come tonight.  I'm working on an advent calendar for each of them so we can start counting down to Christmas.  Hopefully that will help them understand how many days are left before Santa comes.

I don't know about you guys, but we had major issues with the time change this year.  Daniel has always been our early riser but was getting up around 6am before the time change.  Well...after the time change, that became 5am and didn't change after THREE whole weeks.  So I started looking for solutions.  And found this...the Gro Clock.  It's AMAZING!  And totally worked.  Basically the parent sets the time that he/she wants the child to get up.  During the night, the screen is blue with a sleeping star on it.  When it's time to get up, the screen changes to a yellow sun.  At first we set it for 6am.  It started working the first night.  Now we have it set for 6:30 and neither kid will get out of bed before they see that bright, yellow sun.  It was expensive though...$60!  YIKES!  But totally worth it for more sleep each morning.

I don't think I ever really posted about Ben receiving his wheelchair.  Bad me.  Well.  We FINALLY got it at the end of October.  Yep.  It took over 6 months to get his wheelchair.  Crazy.  However, he LOVES it.  LOVES it.  And we love it.  He's independent in it.  He's at the right height (and can even reach all the elevator buttons now).  I can even walk BESIDE him and talk to him like a regular 4-year-old instead of being behind him pushing him in a stroller.  Yes.  People look at us more now.  But like his walker, people can't help but smile when they see him in it.  He's just so happy!  Plus, his front 2 wheels light up when he gets going fast. 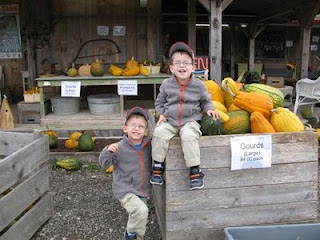