Sorry about this, but I must brag again today. Ben is now able to use his walker BY HIMSELF. He does still need help steering it but we no longer have to hold onto him to make sure he doesn't fall. Check out this video (and don't mind the annoying woman's voice in the background...that's just me being a super proud mommy!).

It certainly gave me some much-needed perspective on Ben and his abilities. I remember last year when we first had Ben's diagnosis and I spent numerous hours online reading blogs of other mom's with a special needs child. In particular I remember reading one blog (I have no idea which blog this was now) where the couple only had one child. So when they would go out in public or socialize with other families, they would have a very hard time when they would see other children the same age as their special needs child. Since at home, they had no one to compare their child to, they didn't realize how behind their child really was. So when they saw other typically-developing children, it would come as quite a shock to see what a typical 18-month old (for example) was able to do.

I remember thinking that we didn't have this problem since Ben is a twin and Daniel was showing us every day what a typically-developing child Ben's age was able to do . So it was never a shock to go out into public or see other kids.

What I didn't realize (until this week) was that this was causing me to mainly see what Ben CAN'T do versus what he CAN do. As I would watch Daniel and Ben play and interact with their world, I was (and still am) constantly reminded of all that Ben is unable to do.

Of course, I am grateful that Ben has a twin in Daniel. Daniel is constantly modelling for Ben and I know that Ben is further ahead because of it. Daniel has shown Ben how to crawl and get up and down stairs. Daniel is a constant teaching tool for Ben. But more importantly, he is a friend and playmate.

But hopefully I've learned a lesson in this. I've never really compared my kids...at least not consciously...but I hope as we move forward I can learn to look at Ben with new eyes and see all that he CAN do and not what he can't.
Posted by Cary at 10:20 AM 2 comments:

I am long overdue for an update. I have been a horrible blogger lately but the kids have been sick, I've been sick, and I just haven't felt like blogging.

This week we spent 3 days at a rehabilitation centre (1.5 hours away) having Ben "assessed". We waited a year for this to happen. Right after Ben was diagnosed, I asked for Ben to be referred to this rehab centre (after consultation with his PT's). Up until now, there has been no one officially in charge of his case. He was diagnosed 14 months ago by a pediatric neurologist at a Children's Hospital 2.5 hours away. He has seen this doctor once since for a grand total of about 1 hour. His pediatrician seemed to think that he should be in charge of Ben's care. I completely disagreed. Although he may be very knowledgeable in some areas, he doesn't have a clue about CP treatments / alternatives (he had never heard of horse therapy until I mentioned it to him). Anyways...I'm rambling here.

So we finally got our appointment to take Ben to be assessed. All I can say is that these 3 days were awesome. The therapists, doctors, admin people were all fantastic. The facility was great. And Ben was just amazing. He was the happiest little guy for 2 of the 3 days (the last day was a little rough). He did everything they asked of him and more.

Over the first 2 days, they administered the Bayley Scales of Infant Development. This was basically a series of tests in order to assess his cognitive, speech (receptive and expressive) and motor (gross and fine) abilities. I was not really concerned with Ben's cognitive or speech abilities but it was still great to have them assessed.

He did awesome (did I tell you yet that he did awesome?). I'm sorry but I just have to brag about my boy. Here are the results:

At the end of the 3 days, we finally had a real meeting with the physiatrist. She seemed really great and reiterated what the therapists had told us. Ben is doing great. What we're currently doing for him is great. And that she's going to include him in her "Spasticity Management Clinic". Fantastic news. Exactly what we wanted to happen.

I have to say that I really liked her approach to everything. When explaining what she does she said "my focus is on mobility, not walking and on communication, not talking". Obviously if walking and talking are realistic goals then she's all for them. But I just liked how she explained this to us.

We also had some really good discussions on Ben's future and our goals for him. It was probably the first time that I really thought about what I want for him. After some thought, I came up with these:

When Ben is an adult, I want him to be independent. That may mean that he walks (with or without assistance) but that may mean that he needs to use a wheelchair. I'm OK with that. BUT if at all possible, I want him to be able to WALK SOME. Enough so that he's not limited to only "wheelchair-accessible" places. His private PT explained it like this "If Ben wants to he's going to be able to go to university and he may need to use a wheelchair in order to get to class on time and carry his books. But you want him to have enough walking ability such that he can socialize with his friends and get to all the places they're going (such as a bar which are sometimes up a flight of stairs or down a flight of stairs)."

My second goal is a bit shorter term. By the time Ben goes to school, I want him to be able to get in and out of the house on his own. And in and out of the car on his own. I'm already struggling with carrying him everywhere. And he only weighs 26 lbs. What am I going to do when he weighs 50 lbs?

So that's it. I have many more thoughs swirling around in my head after this this week (and a few more blog posts). But those will have to wait for another day.
Posted by Cary at 9:27 PM 5 comments:

As I lay awake in the middle of the night last night (thanks to Ben who cried off an on from 2am til about 4am), I came up with some alternatives to counting sheep such as:

As I eventually headed toward sleep, I came up with a more interesting list though. Here are my top ten "Get up and Dance" songs (i.e. when I'm out somewhere and these songs are played, I cannot stay in my seat).

I'm sure I've missed some great ones but these are what I came up with at 4am. What about you - what are your "Get up and Dance" songs?

As I look over the list, I realize that I have really dated myself. Ah well...Gotta love the 80's! 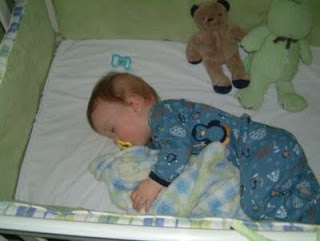 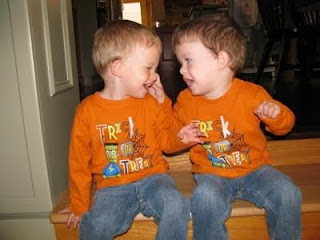 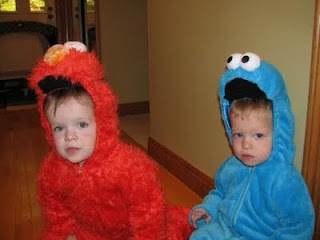