Our main goal, now that we're home from Montreal, has been all about independence.  Before the surgery, walking with the walker was difficult for Ben and he couldn't last for long...but now?  Well, now, he does great and can go for longer and longer periods.

At home now, we expect Ben to get everywhere on his own.  And not crawling, but walking.  Even though our house is multi-level, we mainly hang out on the main floor that is pretty much completely accessible for him with his walker.   Not only is he expected to walk everywhere, but we also want him to do all transfers too.  Sometimes we do have to help him, but he needs to put some effort in.  We don't just carry him anymore....well, except for to and from the car...until NOW.

This week, we finally had a ramp installed in our garage.  Before there were 4 steps down to get from the house to the garage.  They were very steep steps with no railing so we had to carry him to the van.  And then of course come back to carry his walker to the van.

Not anymore!  The ramp is pretty much finished and Ben got to try it out tonight.  So from now on, he can be independent to and from the van and will just need a bit of help to climb up into his carseat.

Check out the video!

On Wednesday, we will be 3 months post-op! To celebrate that fact, I made a photo montage of our time in Montreal. Warning: You may need a kleenex!

We have now been home for over a month!  It was a month on Monday that we arrived home....does time ever fly when you're not hanging out in a hospital!

People have been bugging me to post a blog update to let you all know how Ben is progressing now that he's at home.  So here we go!

Progress has definitely slowed since we've been home, but that was expected.  That doesn't mean that progress isn't being made though...it's just a bit harder to see.  Instead I try to focus on how different life is now than it was on January 24th (the day before surgery).

Ben now walks with his walker almost all the time...even at home.  Before the surgery, Ben mainly crawled at home, walked very little with is walker, and used his wheelchair in public places.  Now...well, Ben's wheelchair is basically gathering dust in our garage.  It will definitely still be needed (i.e. for walking back and forth to kindergarten in the fall) but is not needed near as much as before surgery.

Our focus at home is to have Ben be as independent as possible.  Sometimes it is just easier to carry him, but we are really trying hard not to do that.  We try to make him do all transfers (i.e. in and out of his tripp trapp chair at the table) and walk as much as possible.  We even make him walk up and down the stairs (with our help, of course).  We are going to have a ramp built in our garage (which will unfortunately take up one of the bays) but expect that once that's built, Ben will be able to take himself out to the van (and hopefully get into the van and even into his carseat) with no help.

Here's a great pic of a typical afternoon at our house...Daniel in (what's supposed to be Ben's) ﻿bike and Ben following with his walker. 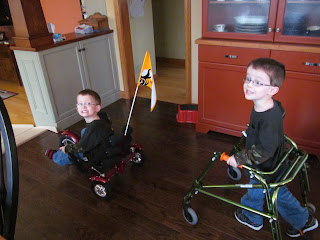 Ben has physio 3 times each week now and OT once.  Luckily, I have Shauna (our babysitter) to help out with appointments and we only have to go to the hospital just once each week as we have Connie (private physio) come to the house twice.  OT and PT at the hospital are back-to-back on Tuesday mornings.

I've also signed Ben up for Music Therapy (thanks Danie for the information!)....but we just call it music lessons.  He's only gone once and loved it.  I'll post more details about it once I know more.

The main focus of Ben's PT sessions (and even OT) is strengthening.  I still have a goal for him of independent walking (of some kind) but we aren't forcing that issue yet.  He's just not strong enough.  There is no point in making him try and try and just fail at it.  I am hoping that by summer we will have at least a few independent steps though.

Basically, Ben just moves differently than before.  Everything he does is done differently now that he doesn't have the spasticity (i.e. tightness) to help or hinder him (yes...sometimes it did help!).

That's about it for Ben's update....so here are some photos of what we've been up to in the month we've been home.

In mid-March, we had some VERY warm weather...like July-weather.  So here are some great shots of a water fight on our back deck. 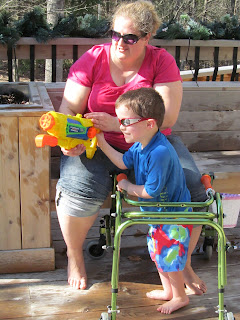 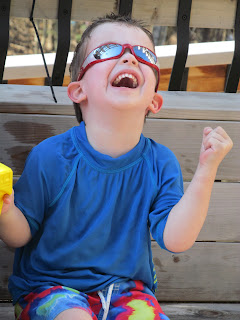 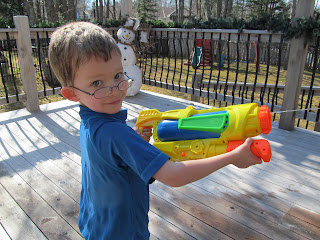 (Funny Daniel...check the snowman in the background!)﻿ 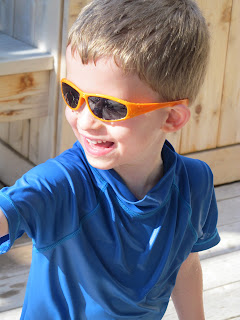 
We had a great Easter weekend with lots of family time, an Easter Egg hunt, and lots of 4-wheeler rides with Grampie.
﻿ 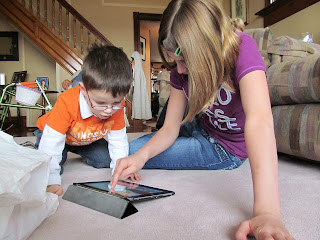 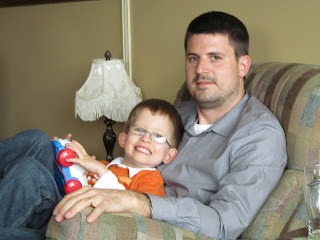 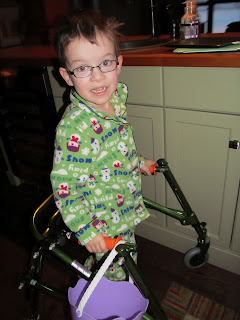 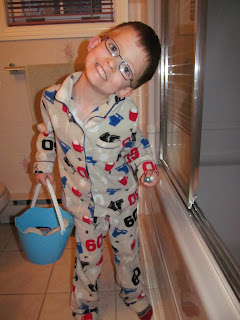 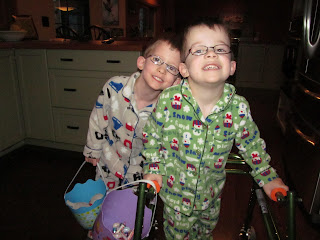 My boys on Easter Morning. 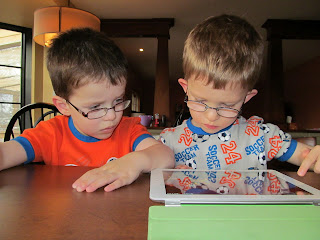 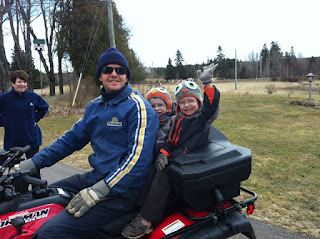 Grampie's 4-wheeler has a seat in the back that's big enough for both of them!﻿ 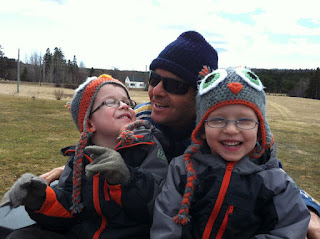 They just love their Grampie so much!

I even got to go out with the girls one night...this drink is what I needed on many nights at the hospital! 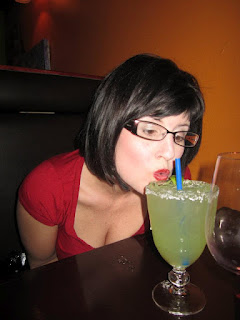 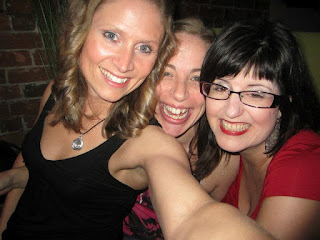