I've been wanting to move the boys' out of their bedroom into two separate bedrooms for years.  We have four bedrooms upstairs.  We're in the master, the boys were in the next biggest room and that left the two little rooms as spare rooms.

Even though they're twins, I've always wanted to them to have separate identities, their own things, and their own space.

But they were not at all interested.  They wanted to stay together.  Here's a pic of their old room: 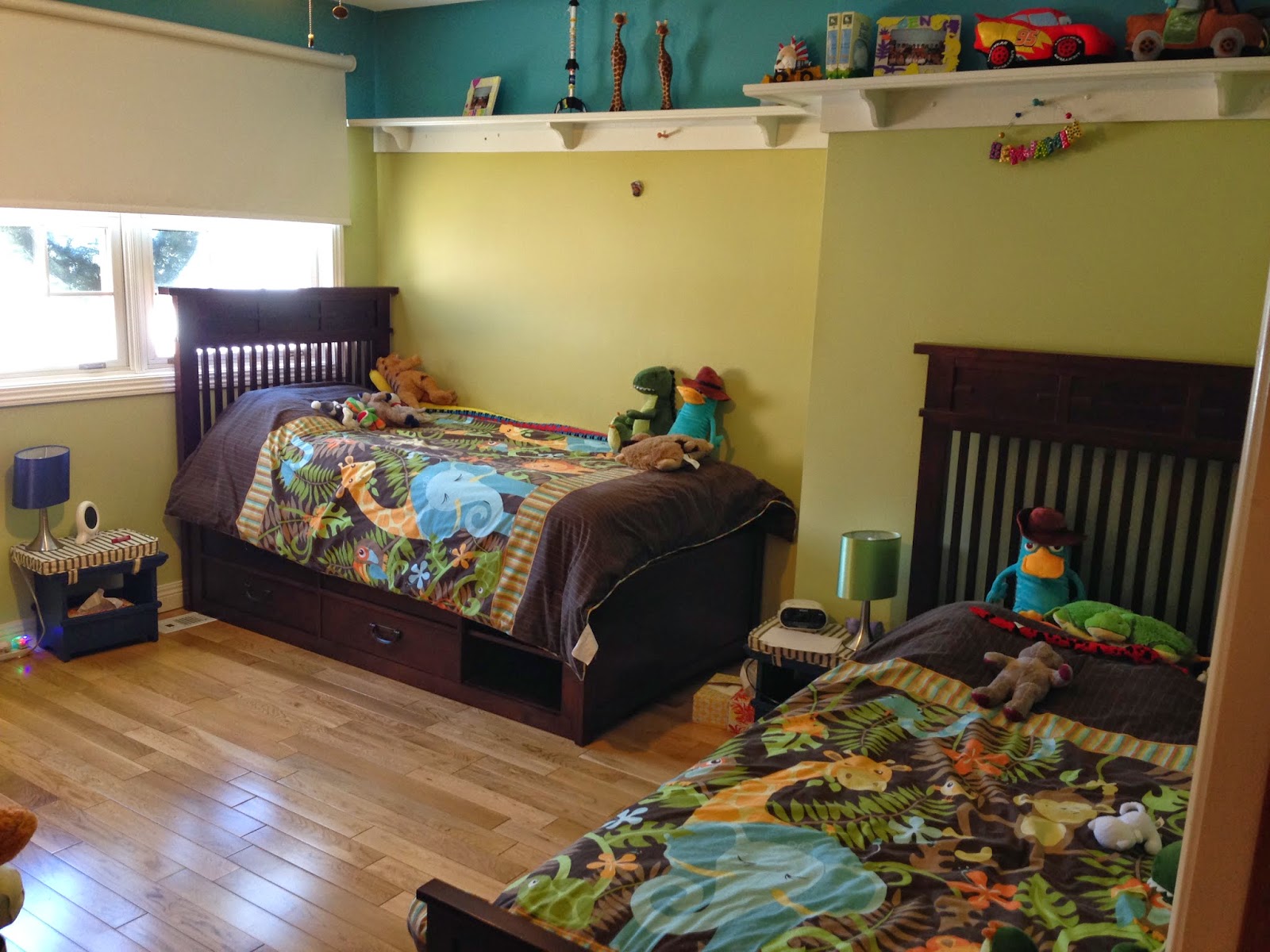 Well, in December, a brilliant idea just seemed to jump into my brain.  Since the 2 little rooms are basically mirror-image rooms that share a wall, why not open up that wall in between them and put in double pocket doors.  Then, they each get their own space but also get to share a room!?!  It's a win-win.

It turned out fantastic and tonight they finally get to sleep in their new room(s)! 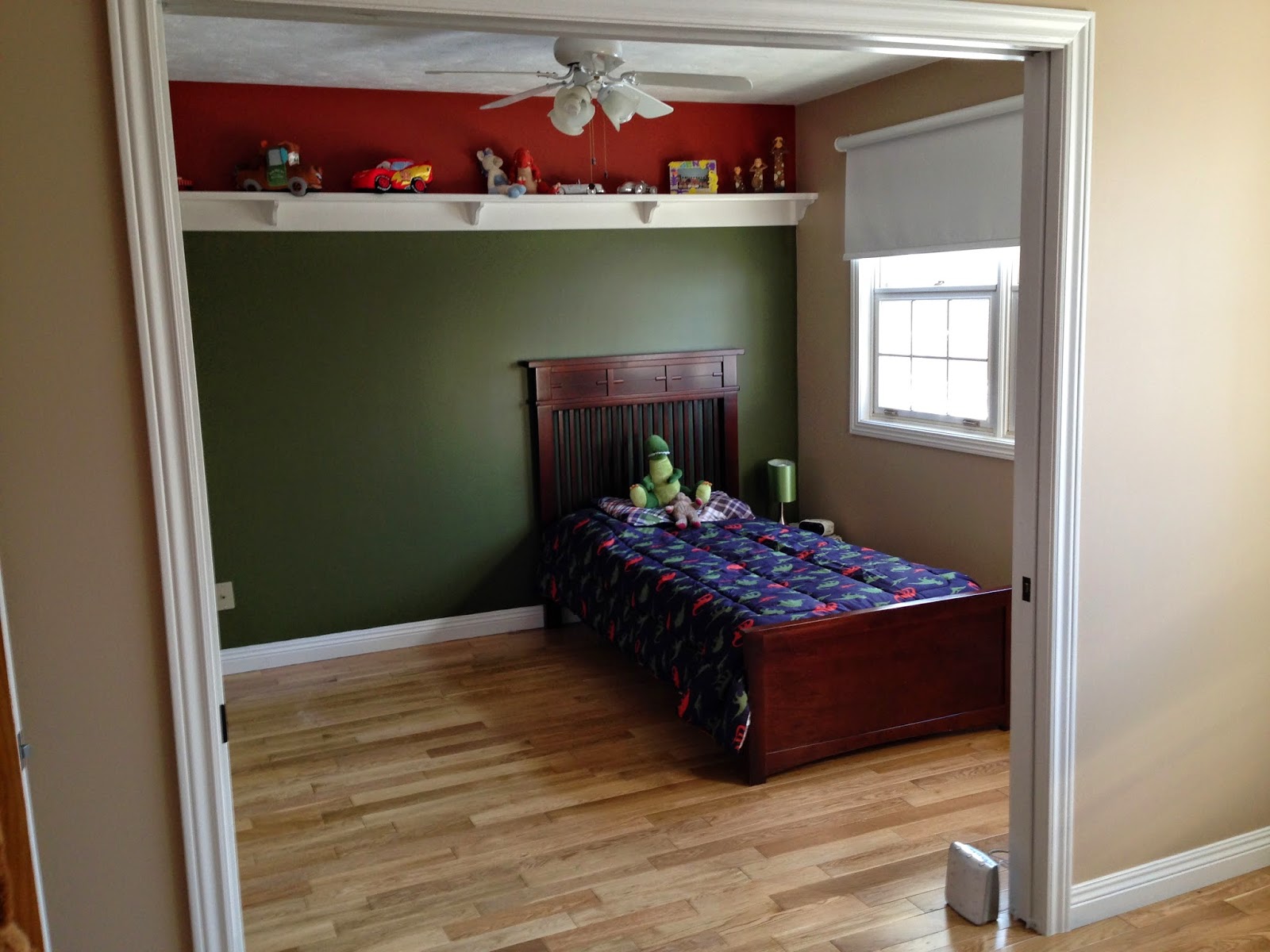 And here's Daniel's side: 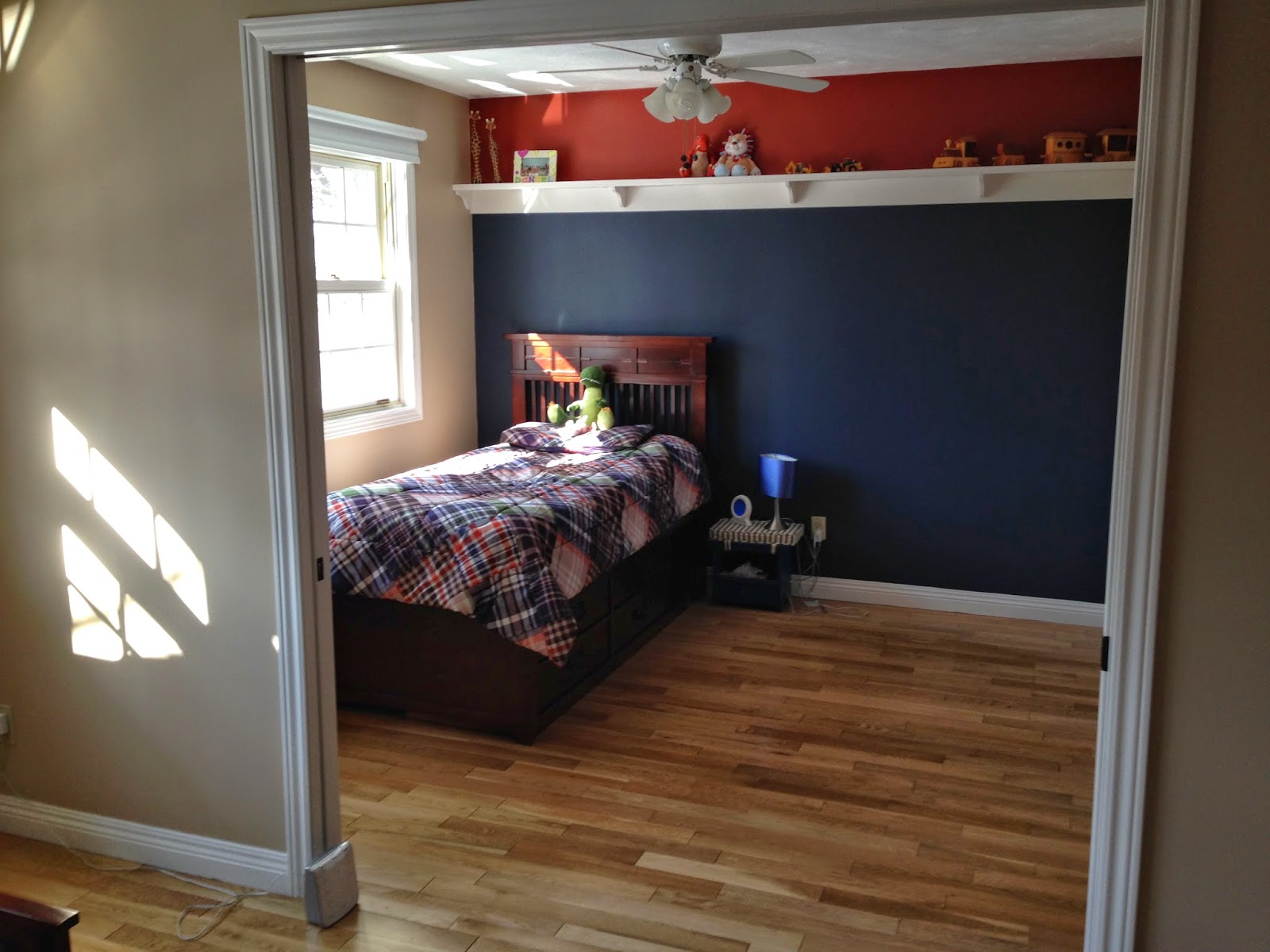 And here's a photo that shows the dividing wall between their rooms: 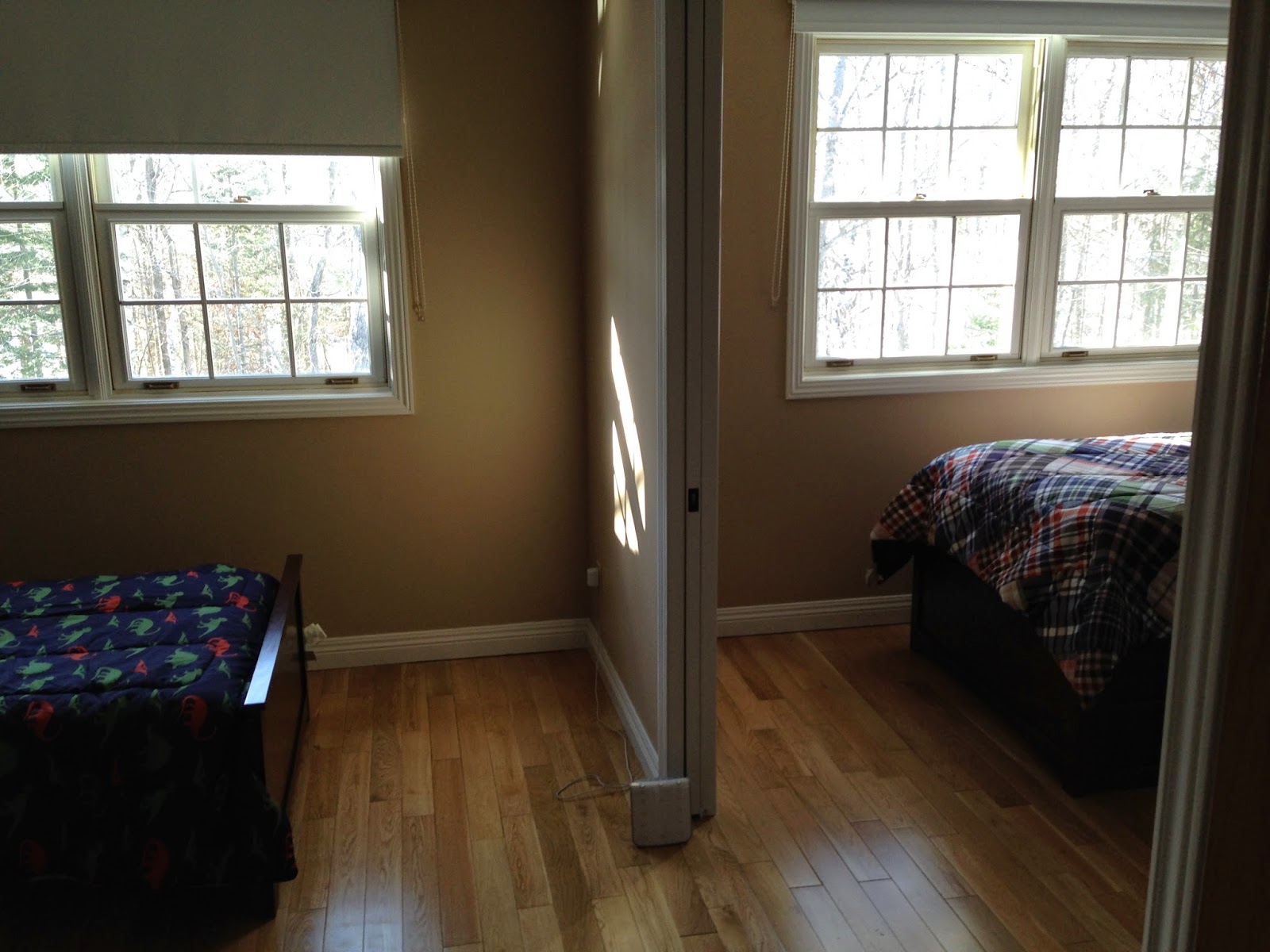 So right now, they are all tucked in to their new room(s) and loving it!  Here's Ben: 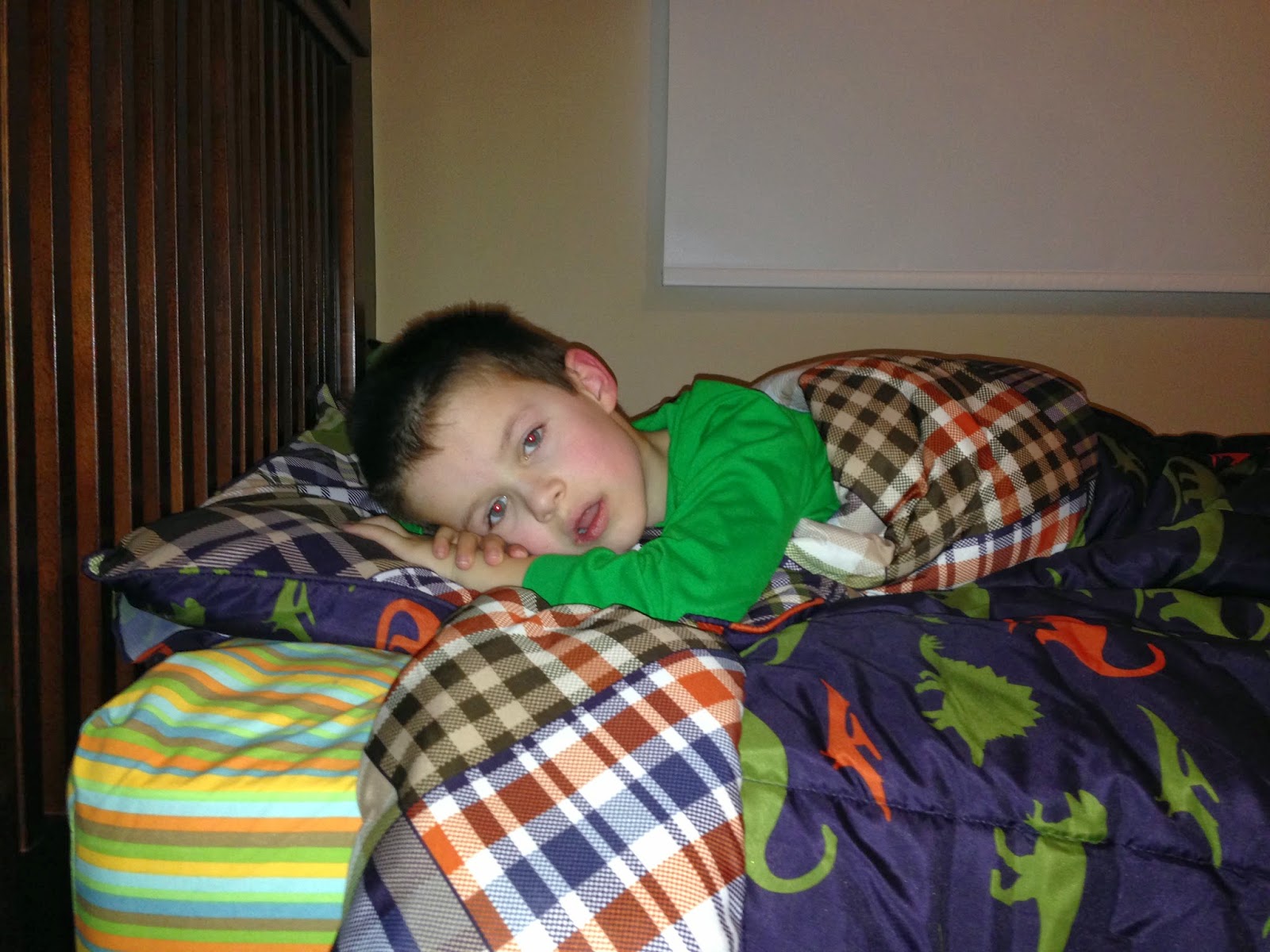 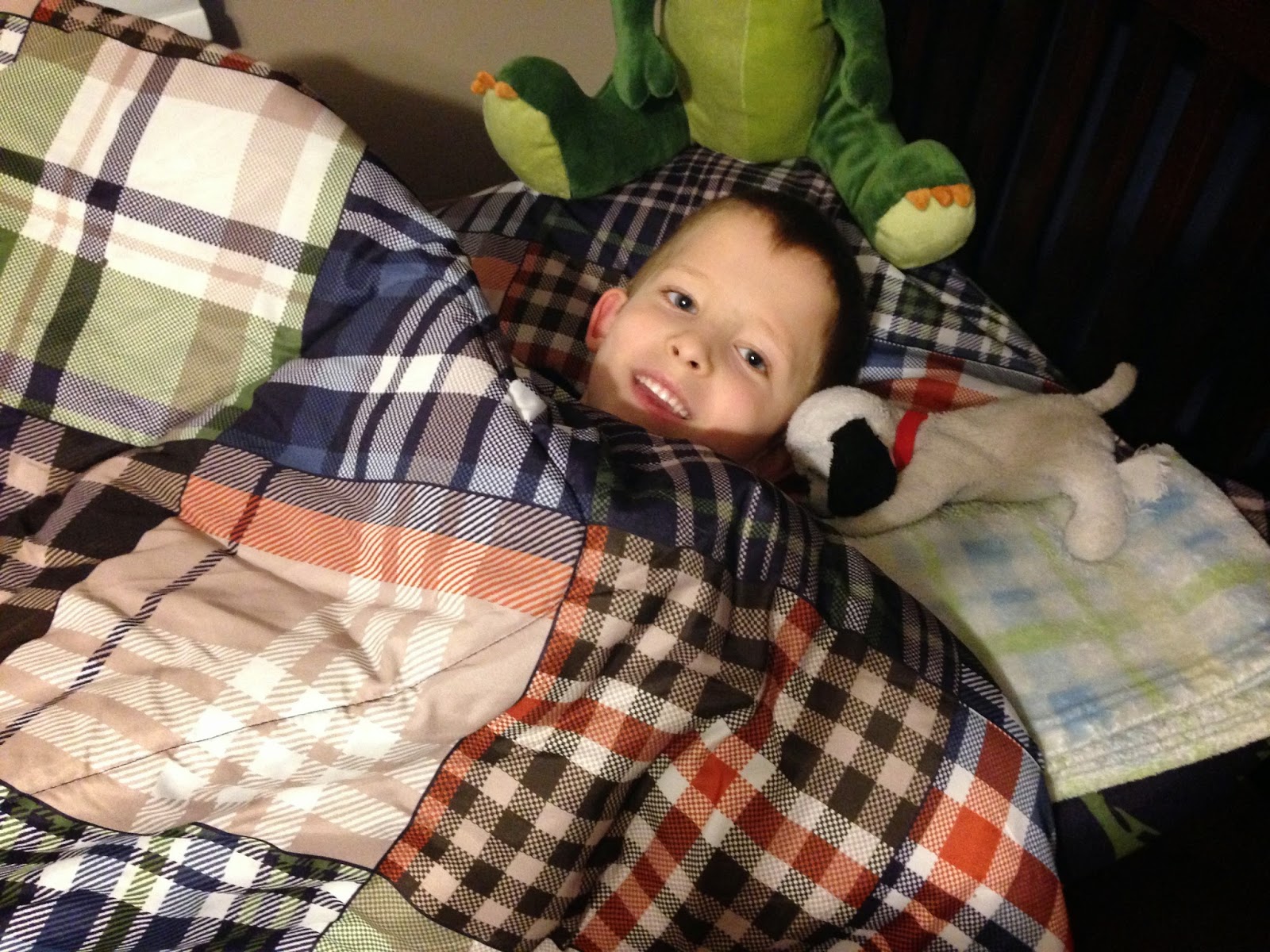 It makes me a little sad.  They were in the other room for almost 6 whole years.  Feels like we're leaving baby-hood behind us.

Now let's just keep our fingers and toes crossed that they don't fall out of bed or get lost in the middle of the night!