Another week over. I really can't believe that we've done 2 whole weeks of rehab here at Shriner's. Amazing. Just four weeks left to go!
Ben did everything that was asked of him today. He even went along with the OT and worked hard for them there. He stood in his stander and rode his bike and did everything that Stephanie, the PT, wanted.
Sometimes I wonder if Ben should have had this surgery earlier. But then we have a day like today. Where he was happy to do between 4 and 5 hours of therapy and I know that we couldn't have done this a year ago. When he could barely tolerate an hour of therapy, twice a week...let alone 4 or 5 every day for 6 weeks.
The most exciting part about today was that HE WALKED WITH HIS CANES today. With very little help. And really, the help is just so that he uses the right form. 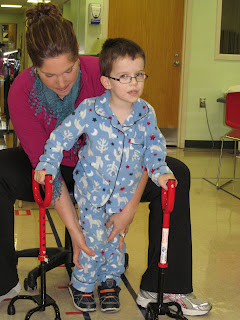 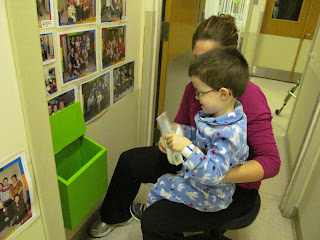 And of course, he got to go in the pool again. 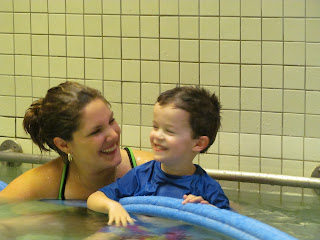 But the day wore him out. And unfortunately for me, it's just 6:20 and he's already asleep for the night. That does not bode well for me in the morning. Lucky for me, I have an iPad...with netflix. Hopefully that will at least keep him entertained until the sun comes up.

And to sign off on another week of great work by my kiddo...here's a video of him walking with his canes for the first time since his surgery.