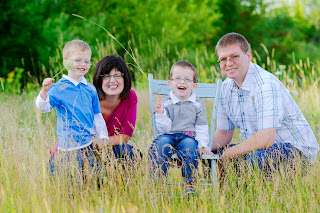 I've decided to copy what I've seen a couple other bloggers doing in order to reflect on the year that was 2011...going back through their posts in 2011 and copying the first line of the first post of each month.  You can check out Jenny here and Tracey here.

I'll copy the original sentence first and then comment on it in italics.

Just read this awesome post over at Hopeful Parents.

Yeah...my first post in 2011 was basically just linking to another post.  But oh, was it a goodie.  It was about "loving THIS life".  I just reread it here.  You should too.  I think I'm going to print it out and put it on my bulletin board.

Sometimes moments of pure joy show up when you least expect it.

This post was about the joy I felt watching Ben try out a wheelchair for the first time.  And how much it surprised me to feel that joy.  I still feel joy when I see Ben in his wheelchair.  Independent and happy.  Full of smiles and mischief.

Ben got to try out another wheelchair today.

So yeah.  More wheelchair stuff.  We spent a lot of 2011 figuring out what wheelchair to get and then WAITING for what seemed like forever for it to arrive.

I never really believed that I would get to this point.

This was the first sentence to a guest post I did for Ellen Stumbo over at Stumbo Family Story called "The Road to Acceptance".   It's probably once of my best posts.  Go check it out if you haven't already read it.

Hey guys...sorry for not posting in almost a month now.

This was pretty much the theme of 2011 for me.  I had a hard time figuring out what to blog about.  This blog post was actually about our annual trip to Florida.  I can't wait to go again this year...but this time, it won't just be my husband, the kids and I...my parents, my brother and his family and my sister and her boyfriend are all joining us.  We're renting a huge house (it actually looks like a mansion) right on the beach!

During the month of June, I was addicted to this great blog.  His wife went in to premature labour with their triplets and unfortunately none of them made it.  But his blog posts were so awesome.  Full of wisdom and sincerity.

Happy Canada Day Everyone...I'm one day late, but we were just so busy having such a great time that there was simply no time to blog about it.

I thought this CP-thing was supposed to get easier?

Hmmm...yeah.  I struggled a lot last summer.  Ben was getting tighter and tighter and his ability to use his walker was deteriorating.  I thought he was going to keep improving and that the summer of 2011 would be great.  Well.  It wasn't.  This was likely a big part of why we have decided to go through with an SDR for Ben in 2012.

Yep.  I'm taking a bit of a break.  From blogging.

In September, I took an official break from blogging.  I had nothing to say and just needed to officially say that I was "off".  It was a good thing.  It totally relieved the pressure to think of things to write about.  And now I'm back to blogging (at least semi-regularly).

We're officially in the before. As in "before Ben has a Selective Dorsal Rhizotomy".


I cheated a bit on this one.  The first post of the month was just another link to someone else's blog.  And this post is a BIG DEAL.  We are still waiting to hear when Ben's surgery will be....I'm still hoping it'll be this month, but who knows?  I did hear from the social worker who said that things were being finalized and that we should hear soon.  So I'm on pins and needles waiting for the phone to ring every day.

I cringe to think where I'd be (emotionally) if I hadn't found this blogging world and this amazing, special needs, blogging community.


This was a post I did as part of CP Connection.  CP Connection was started by Ellen Stumbo as a way to bring CP bloggers together.  Which is the whole reason why I blog.  To connect.  With you.  With other moms dealing with special needs.
So that was 2011.  It was a good year.  Difficult but good.  2012 promises big things.  Surgery soon and then hopefully by summer, we will be seeing some real improvements.  And then the boys start school is September!  How huge is that!?!?   So it's time to say good-bye to 2011 and HELLO to 2012!